10 Things To Do When In Elmina 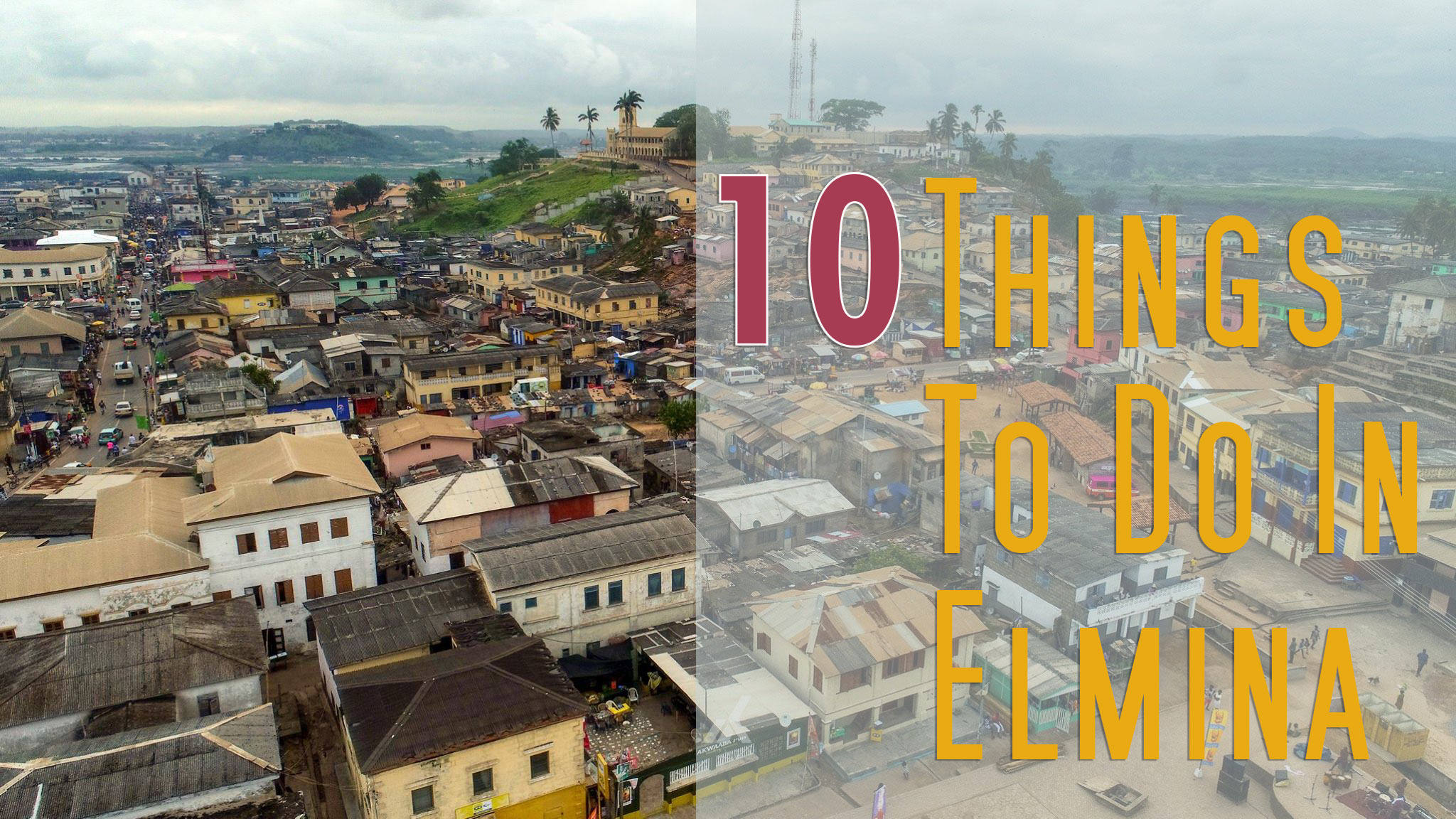 Elmina traditionally known as Edina and sometimes called Amankwaakrom has more to share with visitors than what meets just the eye, it is the tourism gateway to Ghana. Elmina is a coastal town in the Central Region of Ghana, located some 90 miles west of Ghana’s capital city Accra. Although relatively small, Elmina, has had a rich and in many ways unique history and culture going back perhaps a thousand years. It was the first point of contact with Europe in the Gold Coast in the fifteenth century; it grew to become a cosmopolitan center of commerce; and it generated elements of Euro-African culture and civilization that have survived to the present day. The town according to many sources, has been in existence since the early fourteenth century in the Common Era.  To get the most out of this ancient town we have compiled the top 10 things to do when you visit Elmina.

The Elmina castle was built by the Portuguese in 1482, sometimes referred to as St George’s Castle it was the first trading post established by the Europeans (Portuguese) in sub Saharan Africa, this makes the castle the oldest European building south of the Sahara. It played a key role in the in famous trans-Atlantic slave trade which saw the mass exportation of people to the Americas.

Fort St Jago is another historical building in Elmina. It is just a walking distance from the Elmina castle. This small hilltop fort provides an excellent view of the castle. Fort St Jago originated as a Portuguese church and later was converted into a watch tower. From the vantage point of this nearby hill, the Dutch launched their successful land attack on Elmina Castle during the battle of Elmina in 1625. From the Jago Hill one gets a beautiful panoramic view of the Elmina town.

The Dutch cemetery was constructed in the year 1806. Up until that date, the Dutch had buried their dead inside the cemetery or just outside the Elmina Castle, but by the beginning of the 19th Century, little space was left there, so it was decided to construct a new cemetery at a place known as the Garden of Elmina.

Elmina is famous for its morning fish market that is located in a harbor close to the Elmina castle. At dawn, hundreds of colorful wooden boats return from oceanic trips with fish catch. Fish is sold directly from boats and fishermen compete vividly for customers.

The uniqueness of the Benya Lagoon as a lagoon having direct access to the ocean has given it a rich and unique mangrove system. The mangrove serves as a habitat for different species of birds that migrate and use the mangrove as a feeding and nesting ground throughout the year. The high salinity of the Benya Lagoon has made it an ideal place for salt making. Bicycle and canoe rides through the mangrove and salt pond gives one a firsthand experience like no other.

Climb the 150 stairs up the Roman hill to see the oldest Roman Catholic Church in Ghana .The church was established in 1880, it was founded by Fathers Maru and Marat, the first Dutch Catholic priests to minister to Ghanaians. It has a small museum attached to it.

To learn about local fish processing and preservation, visit Ayisa a community in Elmina which is known for its local method of fish preservation. These methods have been used for centuries and have been handed over from generation to generation.

Fishing being the backbone of Elmina’s economy has fueled the boat making industry, one cannot visit Elmina without going to Boat Ase (yard) to see how the local boat makers and artisans build boats.

Like many small towns, night life in Elmina can be fun if you know the right place to go to. For lovers of live-band music, the superior oil bar and restaurant along the main Elmina- Takoradi highway is the place to be.  Adjacent is Elmina highway Shell restaurant which also serves an array of continental and local dishes. For a feel of the local night life, one should opt for Sweeny’s joint better known for their hot banku and mouth-watering spicy tilapia. The unique location of Sweeny’s in the middle of the town makes it an ideal place to see and feel the locals doing their own thing.

To experience all of this book a tour with us by visiting our website www.brandelmina.com