Nana Kweku Amissah I, Enstooled as Nguaduhen of Edina 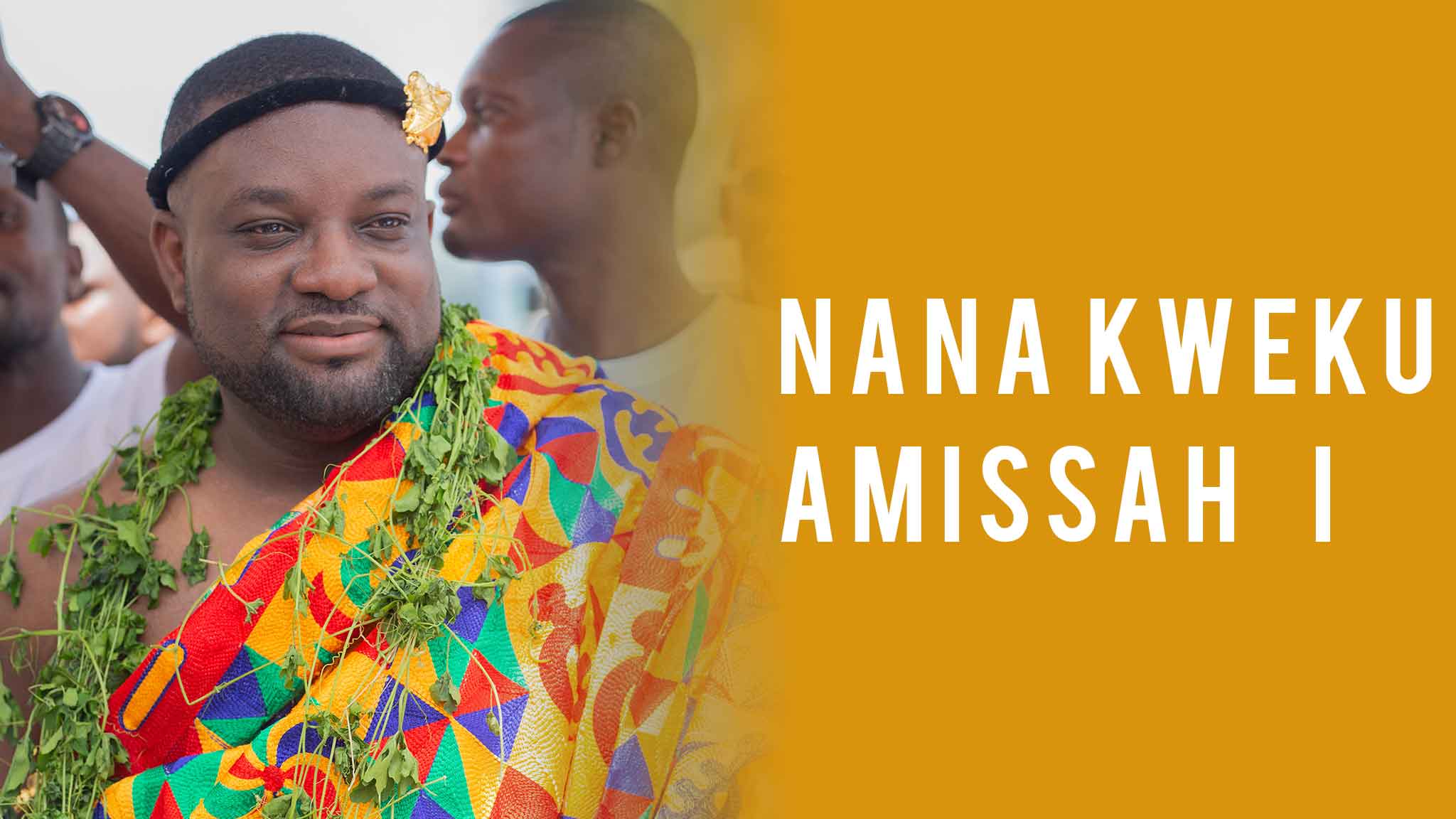 The Paramount chief of Elmina, Nana Kodwo Conduah VI and Council of Elders of Edina Traditional Council have enstooled a new Nguadohen for Edina Traditional Area. The new Chief was enstooled under the stool name Nana Kweku Amissah I. After going through the customary and traditional processes, Nana Kweku Amissah I swore the oath of allegiance to Nana Kodwo Conduah VI, the Edina Omanhen and his elders.

Known in private life as Joseph Amissah-Mensah-Dadziebo Jnr, Nana Kweku Amissah I was born in Elmina on the 3rd of July to Mr Joseph Amissah-Mensah-Dadziebo snr and Augustina Araba Appiah. Nana’s paternal grandfather is Opanyin Kweku Amissah whose lifelong service to Edinaman introduced a line of family whose children are dedicated to the service of Edina State and its customs and people. Nana Kweku Amissah attended Hollywood Preparatory School – Elmina and proceeded to St Augustine’s college in Cape Coast.

He had a bachelor’s degree at the University of Ghana Legon and studied for his Masters Degree in International Relations and Security at the University of Westminster – London.  Nana also holds postgraduate certificate in Statelessness and International Law from the University of Oxford in the United Kingdom.  After his first degree Nana was posted to Edinaman Senior High School for his national service and did so teaching English.  Nana Kweku Amissah enlisted in British Army and served with the Royal Military Police. with the 158 Provost Company in Bulford being his first Unit.  Nana delisted from the army and went into private security consultancy before moving to the United States where he currently works as the Environment Health and Safety Engineer at Saint-Gobain Abrasives in Worcester Massachusetts.

Nana Kweku Amissah is the proprietor of Hollywood School- Elmina where he offers bursary to many brilliant but needy children. Currently, he is  the Director of Anomansa Heritage Project, a non governmental organization working for the community development through heritage and cultural revitalization. In 2004, Nana was appointed  the first Tourism Focal Person for the Elmina Cultural Heritage and Management Program. A project sponsored by the European Commission in Ghana and the Dutch Culture Fund. Nana established the first Elmina Tourist Office under the program. His office trained tour guides and pushed for the rehabilitation and monetization of Asafo posuban in Elmina.

Introducing the new Nguadohen to the people of Elmina at a Durbar, Nana Kodwo Conduah VI congratulated Nana Kweku Amissah I. He said, his enstoolment as the Nguadohen was to honour the hard work, dedication and the enormous contributions of his late grandfather and father towards development of the Edina state. Nana Conduah charged the new chief to take up the position given him and follow the path of his father and grandfather to ensure the development of Edina.

The newly enstooled Nguadohen, Nana Kweku Amissah I during his address, thanked Nana Conduah and his elders for honouring him with such a position and pledged to work closely with them to improve education and tourism and to help create job opportunities for the youth in the area.