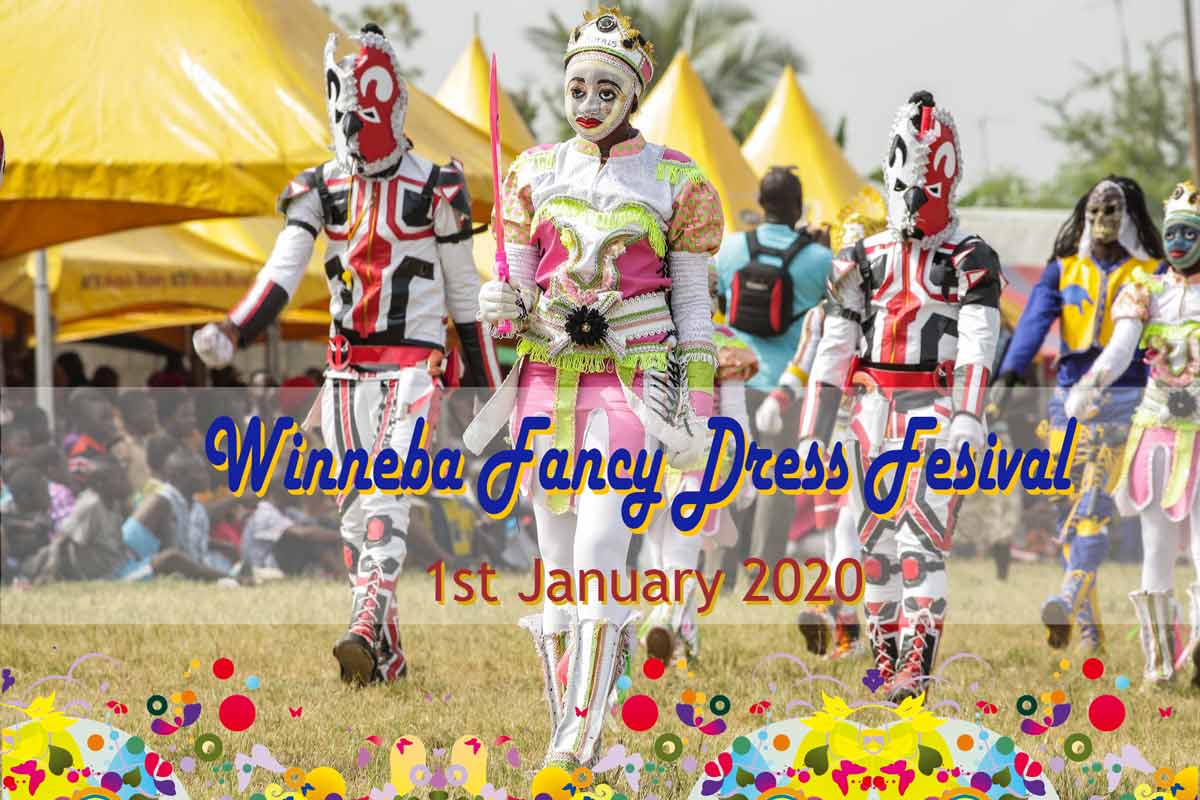 Winneba is a town and the capital of Effutu Municipal District in Central Region of South Ghana. the town is traditionally known as Simpa, it is a historic fishing port in south Ghana, lying on the south coast, 140 kilometres east of Cape Coast.

On the first of January every year  there is  festival which displays cultural masquerades in grand style. It seeks to portray the cultural heritage of Winneba to the world. Winneba Fancy Dress Festival is held on every January 1st by the people of Winneba, Central Region. The competition is between four groups of masqueraders.