Netherlands PM apologises for role of Dutch state in slavery 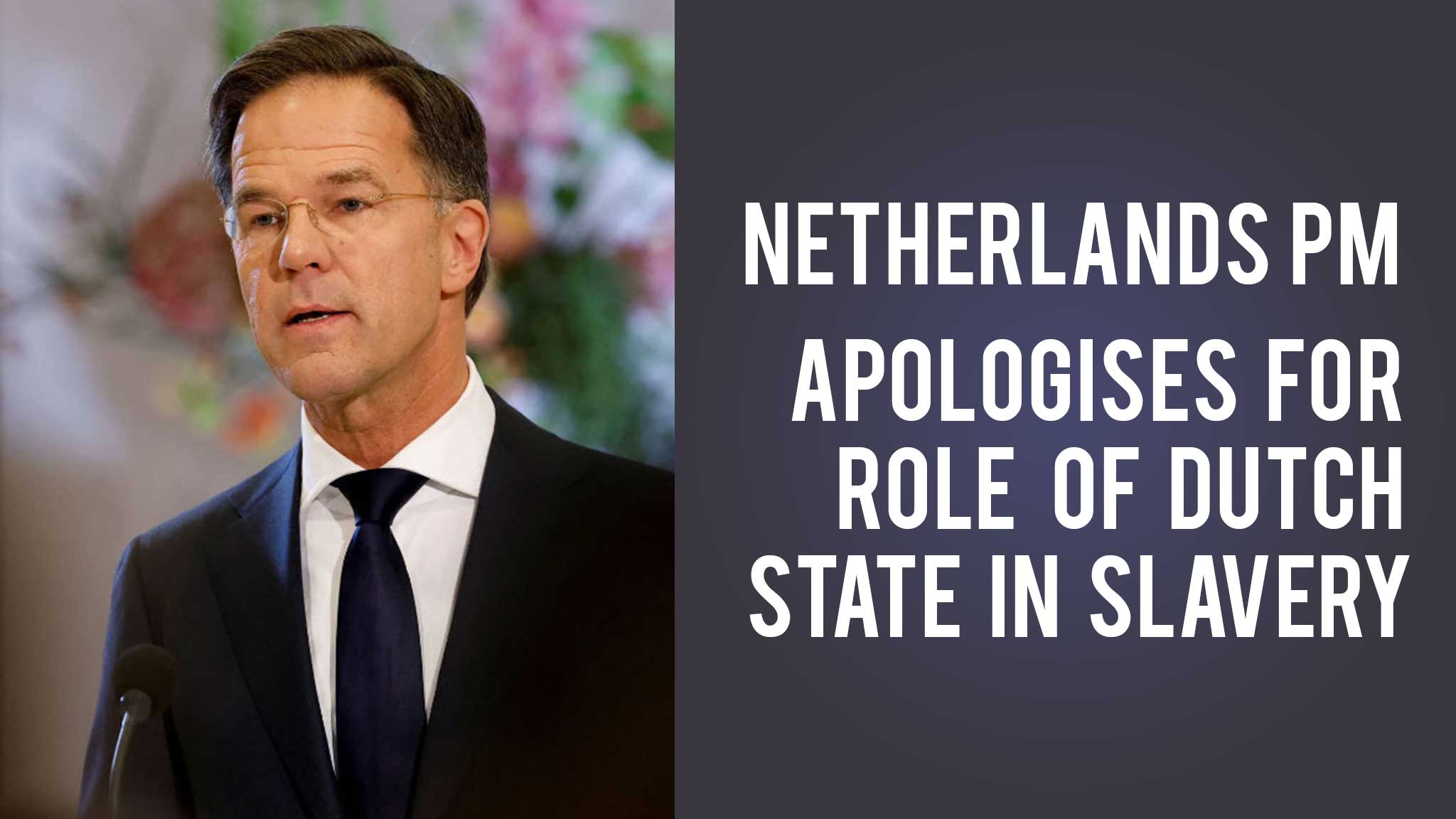 THE HAGUE, Netherlands — Dutch Prime Minister Mark Rutte apologized Monday on behalf of his government for the Netherlands’ historical role in slavery and the slave trade, despite calls for him to delay the long-awaited statement.

“Today I apologize,”Rutte said in a 20-minute speech that was greeted with silence by an invited audience at the National Archive.

Rutte went ahead with the apology even though some activist groups in the Netherlands and its former colonies had urged him to wait until July 1 of next year, the anniversary of the abolition of slavery 160 years ago. Activists consider next year the 150th anniversary because many enslaved people were forced to continue working in plantations for a decade after abolition.

“Why the rush?” Barryl Biekman, chair of the Netherlands-based National Platform for Slavery Past, asked before the prime minister’s address. Some of the groups went to court last week in a failed attempt to block the speech.

Some even went to court last week in a failed attempt to block the speech. Rutte referred to the disagreement in his remarks Monday.

He said the government would establish a fund for initiatives to help tackle the legacy of slavery in the Netherlands and its former colonies.

The Dutch government previously expressed deep regret for the nation’s historical role in slavery but stopped short of a formal apology, with Rutte once saying such a declaration could polarize society. However, a majority in parliament now supports an apology.

Rutte’s gave his speech at a time when many nations’ brutal colonial histories have received critical scrutiny because of the Black Lives Matter movement and the police killing of George Floyd, a Black man, in the U.S. city of Minneapolis on May 25, 2020.

The prime minister’s address was a response to a report published last year by a government-appointed advisory board. Its recommendations included the government’s apology and recognition that the slave trade and slavery from the 17th century until abolition “that happened directly or indirectly under Dutch authority were crimes against humanity.”

The report said that what it called institutional racism in the Netherlands “cannot be seen separately from centuries of slavery and colonialism and the ideas that have arisen in this context.”

Dutch ministers fanned out Monday to discuss the issue in Suriname and former colonies that make up the Kingdom of the Netherlands—Aruba, Curacao, and Sint Maarten as well as three Caribbean islands that are officially special municipalities in the Netherlands, Bonaire, Sint Eustatius, and Saba.

The government has said that the year starting July 1, 2023, will be a slavery memorial year in which the country “will pause to reflect on this painful history. And on how this history still plays a negative role in the lives of many today.”

That was underscored earlier this month when an independent investigation found widespread racism at the Dutch Foreign Ministry and its diplomatic outposts around the world.

In Suriname, the small South American nation where Dutch plantation owners generated huge profits through the use of enslaved labor, activists and officials say they have not been asked for input, and that’s a reflection of a Dutch colonial attitude. What’s really needed, they say, is compensation.

Dutch cities, including the capital, Amsterdam, and port city Rotterdam already have issued apologies for the historic role of city fathers in the slave trade.

In 2018, Denmark apologized to Ghana, which it colonized from the mid-17th century to the mid-19th century. In June, King Philippe of Belgium expressed “deepest regrets” for abuses in Congo. In 1992, Pope John Paul II apologized for the church’s role in slavery. Americans have had emotionally charged fights over taking down statues of slaveholders in the South.